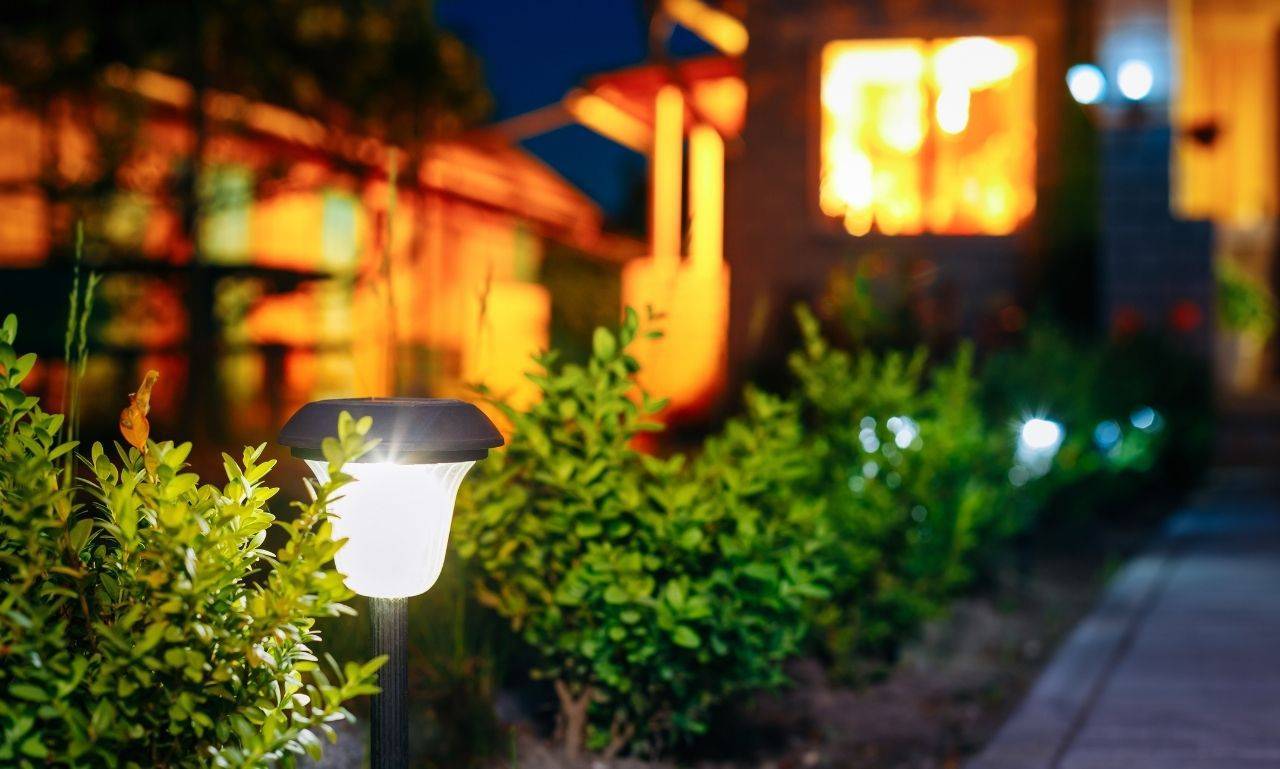 How long do solar lights take to charge, Solar lighting solutions are becoming increasingly popular as they are more cost-effective and environmentally beneficial. Solar Lights For Gate Entrance

Many homes are now using solar lights to brighten both indoor and outdoor areas. While you may spend more initially, you will reap the rewards in the long run. You won’t have to worry about excessive monthly electricity bills after it’s been installed.

However, before installing solar lighting systems in your home, you need to learn more about how to operate them, such as how long solar lights take to charge, which can take anywhere from four to twelve hours.

What do You Need to know about How Long Solar Lights Take To Charge?

Solar-powered lighting works best when it is installed in places with plenty of direct sunlight.

Furthermore, you must keep them away from shadows, large trees, and high-rise structures when installing them to guarantee that they receive a complete charge.

When such solar lighting devices detect low amounts of light, usually after sunset, they turn on the lights.

Is It Required To How Long Do Solar Lights Take To Charge Before Using Them?

Sure, we’re always eager to try out any new device that we’ve purchased and installed at home. While it’s natural to be impatient when utilizing your new solar lights for the first time, prepare yourself by charging them first.

It is not advisable to use solar-powered lights right away. Manufacturers recommend exposing the solar lighting systems to direct sunlight for 5 to 10 cycles. This means charging them throughout the day and discharging them at night.

Meanwhile, it will take around 4 to 6 hours to recharge after functioning for the entire night. This method will greatly aid the battery’s ability to charge to its maximum capacity.

After you’ve done this, the solar lights should be able to light up for at least 8 hours, from sunset to sunrise mode.

Is the Charging Efficiency of Solar Lighting Devices Affected by Their Location and Panel Tilt Angle?

Yes. Solar panels are typically mounted on top of solar-powered fixtures. Even while weather conditions and geographic location have a significant impact on solar panel output, there are simple methods you can do to improve the efficacy of your solar light.

Position the solar-powered fixtures in an outdoor location with six to eight hours of direct sunlight exposure per day to fully charge the solar panels.

Check to see if they’re shaded by roofs, buildings, trees, or other structures. During the day, shady places might obscure and limit the solar panel’s output.

Aside from that, some solar-powered fixtures, such as solar spotlights and solar motion security lights, can have their panel tilt angle altered to allow more sun absorption.

In the United States, for example, solar light users tilt their panels at 45 degrees in the winter and 30 degrees in the summer. Solar panels must, in general, face south.

Is the Charging Efficiency Affected by Dirty Solar Panels?

Yes. To keep the solar panels free of any direct buildup, they must be cleaned on a regular basis. A dirty solar panel will not be able to fully charge the battery.

As a result, the battery’s maximum performance and lifespan may be compromised.

Furthermore, using solar-powered lights that are covered in dirt and debris may cause the solar lighting unit to fail. To maintain optimal performance, clean the panel with warm soapy water and a soft cloth on a regular basis. During the winter, it’s also critical to clear snow from the solar panels.

Additional Recommendations for Efficient How Long Do Solar Lights Take To Charge?

Storage in the Right Place

It is advantageous to store the solar-powered fixture in order to acquire some natural or artificial sunshine each day. Because the battery requires light to keep a charge while being stored, this is the case.

The Charging and Discharging of Batteries

The solar lighting devices must be charged and emptied once a month to ensure long-term storage. If this isn’t possible, consider removing the batteries and replacing them when you’re ready to use them.

Avoid storing in a dark room or in a box.

Solar lights should not be stored in a dark area or in a package that lacks a light source.

This is due to the fact that putting the solar light units in a dark room or a box can cause the battery’s ability to maintain a charge to deteriorate.

Replacement of the battery

The rechargeable battery should be replaced every two years as a general rule to ensure maximum capacity to maintain a charge. However, if you live in an area with harsh weather and lengthy winters, it’s a good idea to replace the batteries once a year.

Can Freezing Temperatures Affect the Charging Capacity of Solar Lights?

Yes. Solar lights aren’t built to resist severe snowfall or below-freezing conditions. This is why, during the coldest months of the year, it is strongly advisable to keep them inside. Solar lighting systems struggle to maintain a charge throughout the winter months since the solar fixtures are covered in snow.

Similarly, frigid temperatures might shorten the battery’s life. Longer nights and shorter days can have a big impact on how long the solar lights can stay on.

How Long Do Solar Lights Take To Charge FAQs?

How long does it take a solar light to fully charge?

Solar lights typically require 4 to 10 hours of direct sunlight to fully charge if the battery is empty. Lights installed in the morning will most likely function that night if they are situated in a fully exposed area.

How do you tell when a solar light has been charged?

What tells me when my lights are fully charged? Some green or blue LED lights ought to turn on after a couple of hours of charging in direct sunlight. This indicates that the battery has begun to charge! Ensure they receive a lot of sun exposure when charging for the greatest outcomes.

Are solar lights rechargeable without being turned on?

Many solar-powered lights will continue to charge even if they are off, and by doing so, you really give the battery time to fully recharge over several days of sunlight. Using solar lights is a good idea to do frequently.

Can solar energy sources be charged in the shade?

It is therefore better to have a few hours of direct sunshine and total shade than partial shade for the entire day because solar lights will charge in the shade but not nearly as well as in sunlight.

How are solar lights charged quickly?

The solar panels need to be placed beneath a home light to charge quickly. Solar lights can also be positioned near the lightbulb. Your solar panel will charge faster the closer the solar light is to the lightbulb.

Do solar lights still operate when there is no sun?

Solar lights continue to function in the shade without the sun, as mentioned above, but for maximum performance, regardless of the season, solar panels should be pointed directly at the sun with nothing in the way to disperse the light.

Direct sunlight is best for photovoltaic panels, but indirect sunlight can still be used to create electricity. Even when clouds reflect or partially obstruct sunlight, solar panels will still function.

Battery fading is often to blame when your lights don’t last as long as they once did. Commercial solar light batteries should last five to seven years if correctly adjusted for the purpose.

What causes my solar lights to dim at night?

Since they are working to turn the light into energy to be stored in the batteries, solar lights normally turn themselves off automatically throughout the day. After that, the light is powered by this energy at night.

Many people, in general, use solar energy to light up their indoor and outdoor spaces. So, when it comes to solar illumination, the issue that concerns us the most is whether or not it will survive for a long time. We’re also frequently asked how long it takes for solar-powered lights to charge.

Is it worthwhile to invest in solar lighting? The good news is that solar illumination can be both environmentally benign and cost-effective in the long run. Hopefully, the information on this page will assist you in selecting the best solar lighting system options for your home. 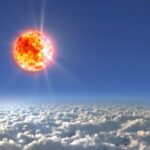 How Much Sun Do Solar Lights Need – Tangible Solar? 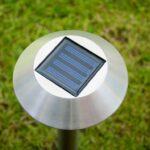 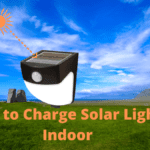 How to Charge Solar Lights Indoor? 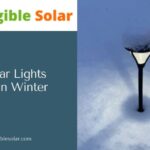 2 thoughts on “How Long Do Solar Lights Take To Charge – Tangible Solar?”